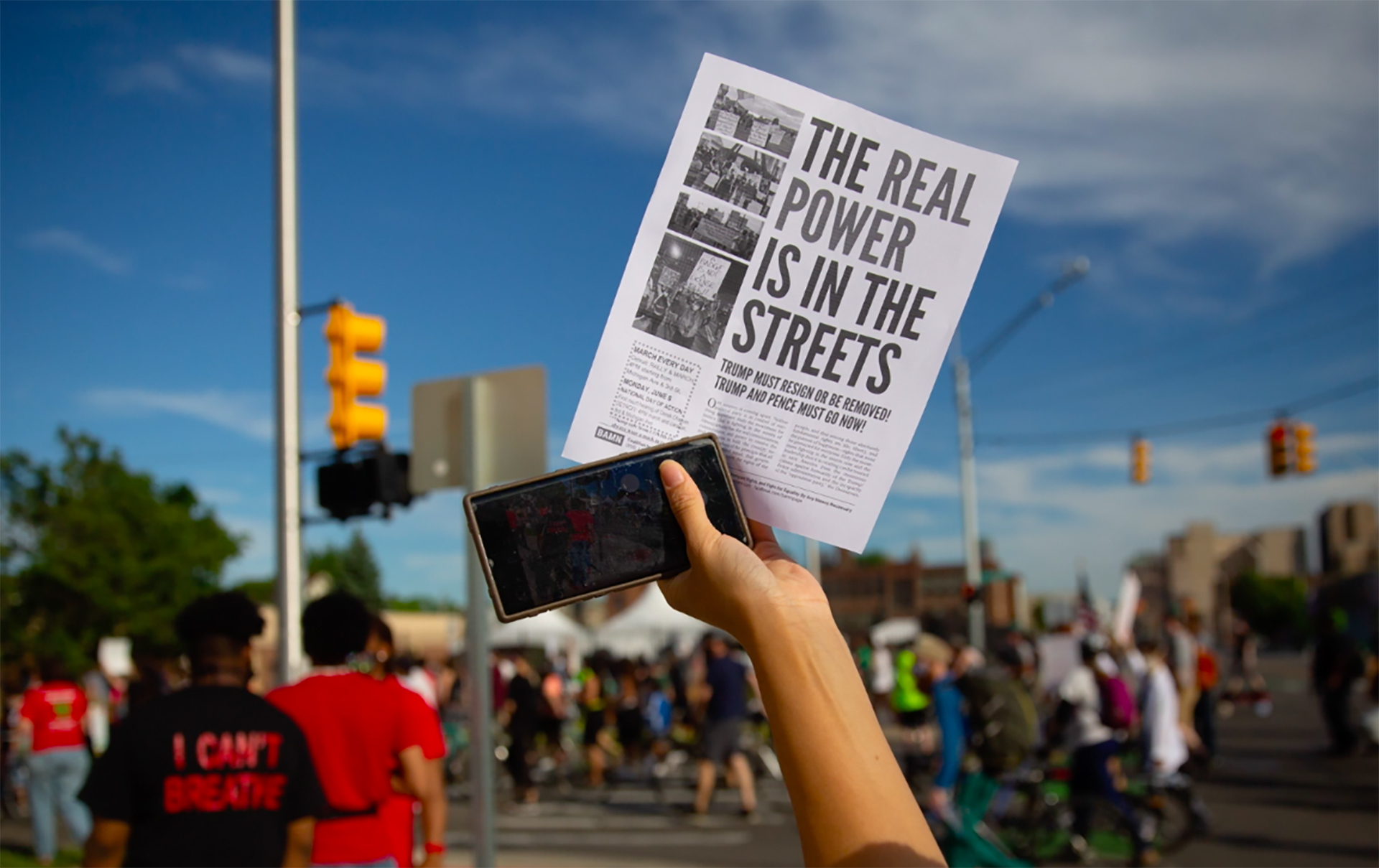 By empowering artists and imagemakers to tell their own stories, DNA asks us to reconsider who owns narratives surrounding Detroit more broadly, and by extension, the power associated with them. Featuring new writing and interviews with the artists published throughout the season, the films in this installment of Daily Rush work to disrupt harmful narratives about Detroit through documentary practices, building power by way of lived experience.

Daily Rush is the new media platform of the Museum of Contemporary Art Detroit. New seasons of Daily Rush are released semiannually, with works by visual artists and filmmakers whose production lies in-between digital media, contemporary art, and moving image. Presented exclusively online, each season is organized around emerging ideas on digital culture and technology by artists and thought leaders from Detroit and beyond.

The works in Disrupting Harm, Building Power are also presented on-site at MOCAD, as a video installation at the museum’s front entrance.

This season of Daily Rush is curated by the Detroit Narrative Agency in collaboration with MOCAD Curatorial Fellow M Pofahl, with support from Curator of New Media + Technology Pat Elifritz. Daily Rush is generously supported by the John S. and James L. Knight Foundation.

Image. Karen Cardenas and Erik Paul Howard, Solidarity: First Your Liberation And Then Mine, 2020. HD video, still. Courtesy of the artist and Detroit Narrative Agency.