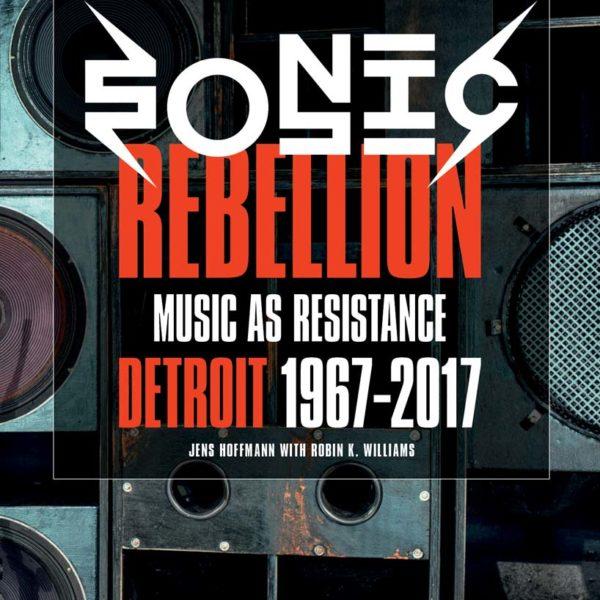 Date of Publishing: 2017 by the Museum of Contemporary Art Detroit

Description: This publication accompanies the exhibition Sonic Rebellion: Music As Resistance. Sonic Rebellion: Music as Resistance is inspired by the vital history of music in Detroit and the legacy of the 1967 Detroit Rebellion. It connects Detroit’s musical and political histories with a wide range of artworks, music ephemera and artifacts to offer a listening space for the rebellion’s reverberations. This historic event is related to more recent social movements, from Occupy to Black Lives Matter, illustrating threads between past protests and the unresolved racial politics in the United States today. One major thread is the role of music as a catalyst for social change and empowerment. Artists include Andrea Bowers, Tim Davis, Emory Douglas, Juliana Huxtable, Rashid Johnson, Glenn Ligon, Leni Sinclair and Mickalene Thomas.