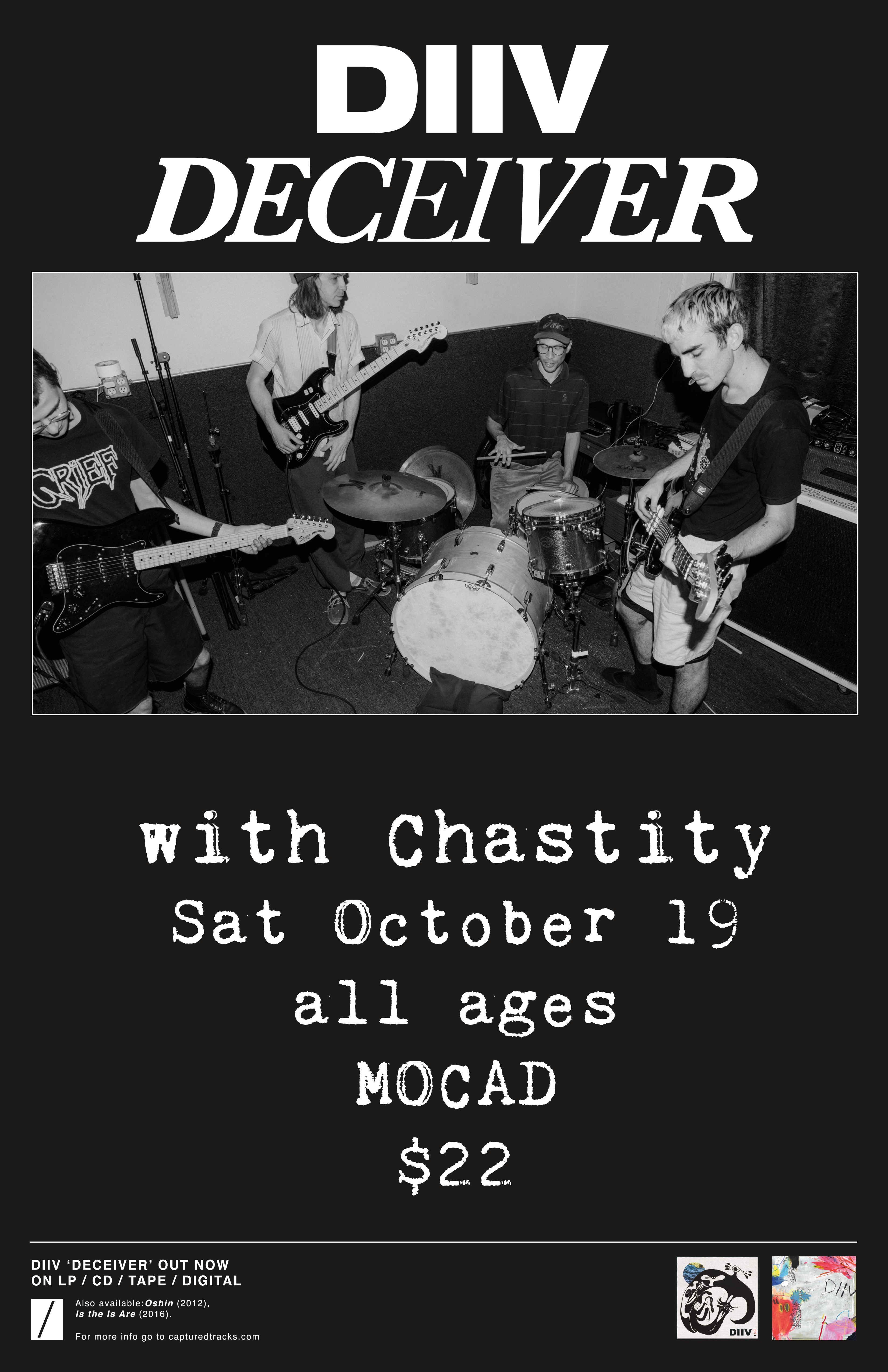 Catch DIIV at the start of their North American tour. The Brooklyn indie rockers – Zachary Cole Smith [lead vocals, guitar], Andrew Bailey [guitar], Colin Caulfield [bass], and Ben Newman [drums] – are set to release their third studio album, Deceiver, on October 4 through Captured Tracks. The new album is preceded by 2012’s Oshin and 2016’s critical and fan favorite Is the Is Are. NME ranked it in the Top 10 among the “Albums of the Year” and Pitchfork’s audience voted Is the Is Are one of the “Top 50 Albums of 2016” as the outlet dubbed it, “gorgeous”.